Is it possible that the station is drifting slowly towards the river? Or is the river simply bigger, all of a sudden? Time will tell. As long as I've parking space – no worries.

Got an offer to record a soundtrack for a children theatre show. Four song playbacks, some background music, special effects, the whole thing. To be finished next week.
Nice try, that was.

Another Funkapella III rehearsal tonight. Started working on "Funky Me", which I never managed to actually write on paper. We actually sang the piece, which is very encouraging – I might be able to skip writing charts for some of the other songs as well. However, a thing which I might not be able to skip is the necessity of a new air conditioner in the station. That rehearsal was quite hot, literally.

I let the Funky People listen to the prototype of my new song – "Aliens in Ayalon". They didn't show too much enthusiasm. It seems they didn't get the jokes. It could be that I overdid it when I described a UFO sodomizing the Azrieli Centre Tower. Um.

Work on the Radio Play continues. H., the script writer, is under heavy pressure to complete the draft of the first episode. The actors are waiting, and so am I. Meanwhile, I'm trying to write a good opening song/theme, which proves to be quite difficult. However – we shall overcome.

They stopped molesting the trees outside the station, which is good, I think. I received a municipality bill in the mail. I hope there's no connection. 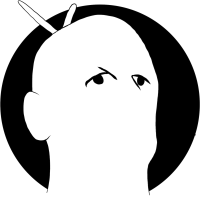